Beer market specialists Plato Logic are currently projecting low growth for the World Beer Market in 2017. After 2015 and 2016 saw the first annual declines in world beer consumption for over 30 years, the provisional indications point to a modest recovery in 2017, with Plato Logic’s latest forecast being +1% growth.

China, the world’s largest beer market by volume, declined again in 2016 but is projected to stabilise in 2017. Ian Pressnell, Director of Plato Logic, commented: “The 2016 result was again influenced by China, where the market fell by -3.9%, however excluding China all other markets grew by +0.5%”. 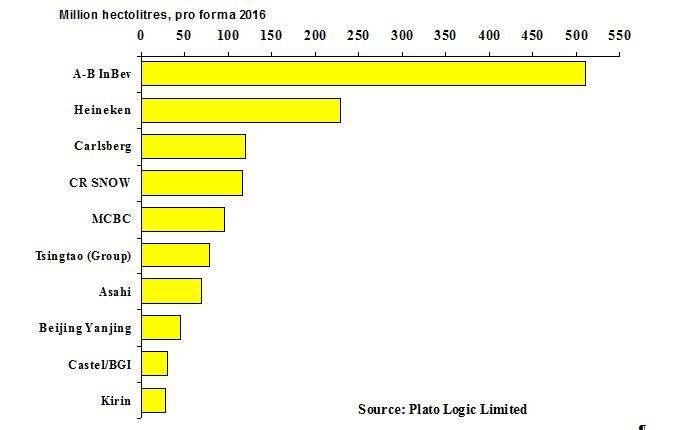 Notes to chart: 2016 volumes adjusted for A-B InBev acquisition of SABMiller and related disposals (inc. to CR SNOW, MCBC and Asahi). Heineken and Kirin adjusted for transfer of Brazil operations. Some deals may be pending regulatory approval.