Beer market specialists Plato Logic are currently projecting zero growth for the World Beer Market in 2016, following the first decline in over 30 years recorded in 2015. China, the world’s largest beer market by volume, declined by more than 3% in 2015 and is projected to be lower again in 2016.

Ian Pressnell, Director of Plato Logic, commented: “The 2015 result may not have been a meltdown, but it was nonetheless hugely significant, underlining how industry growth has been driven by China.” However, Plato Logic data also show that excluding China all other markets grew by +0.5%, while in China itself premium beers grew by over 20%.

“We’re potentially looking ahead to a future where headline growth may be lower, but also less dependent on mainstream beer volumes in China.” 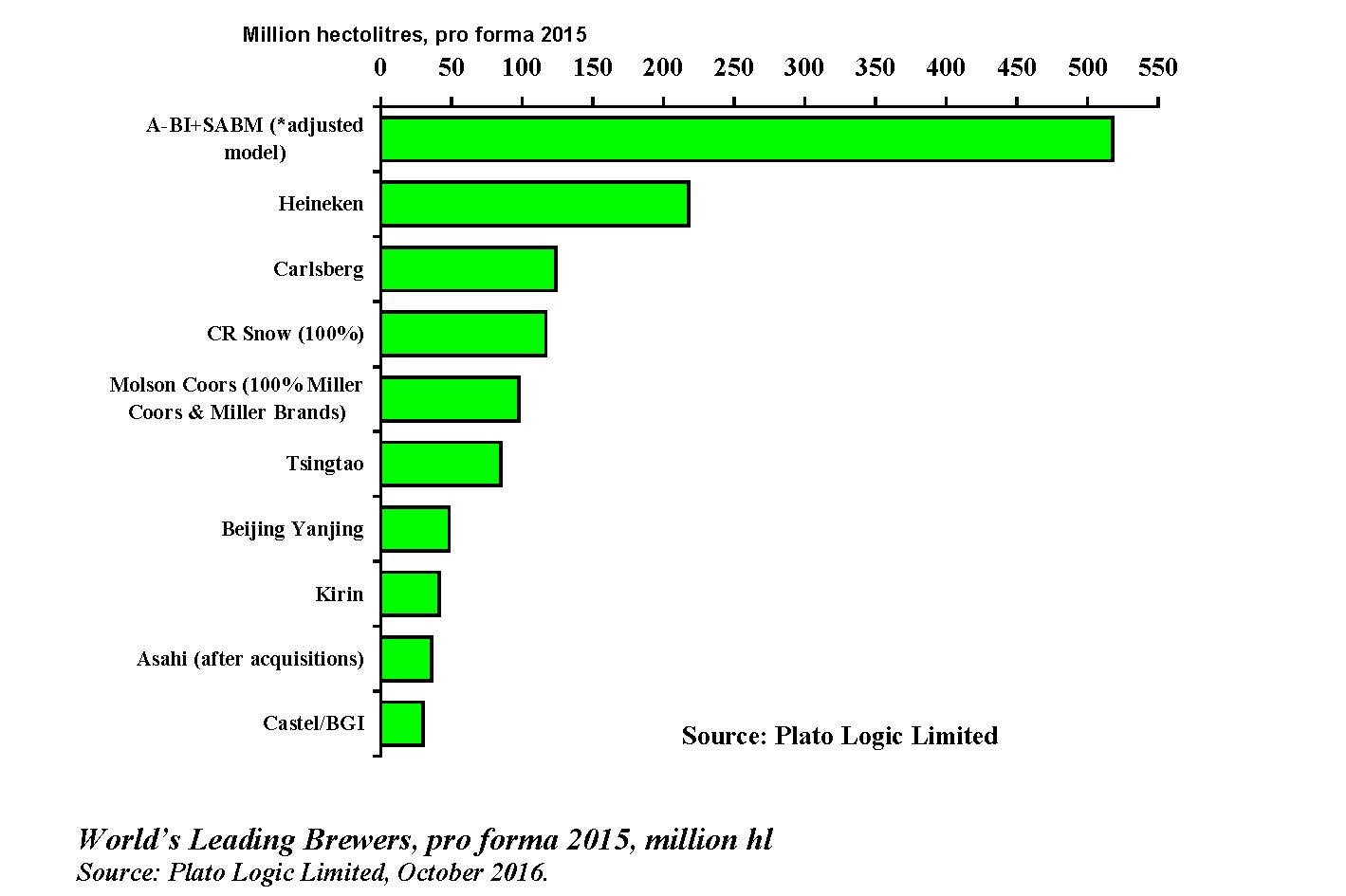 Notes to chart: 2015 volumes adjusted for A-B InBev acquisition of SABMiller and related planned disposals (including to MCBC, CR Snow and Asahi). Some deals may be pending regulatory approval.

Looking at the 2016 projections in more detail, Plato Logic forecast net beer market growth of around +0.1% in the Americas region and +2.0% in Africa, offset by declines of -0.5% in Europe and -0.2% in the Asia/Pacific region.

Plato Logic’s latest projections also see a return to modest growth of around +2% in 2017, assuming some recovery in China.

The Budweiser brand approached a major landmark in 2015, closing in on the Heineken brand’s position as ‘leading international beer brand’, based Plato Logic’s metric of ‘non-domestic’ volumes. Heineken has held this position for at least the last 30 years, so this would be a major milestone in the global beer industry if Budweiser achieves the leading position, as appears probable, in 2016 or 2017. 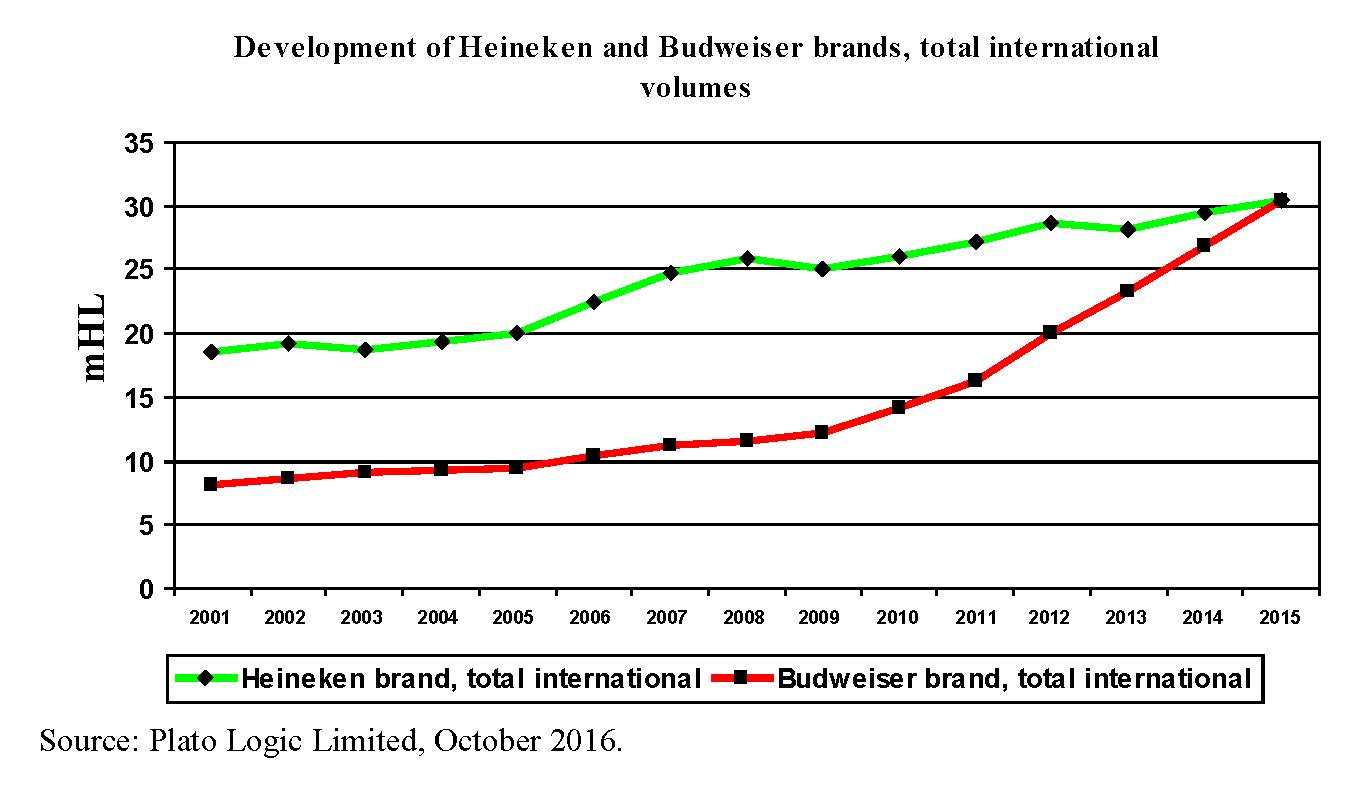