According to latest figures released by beer market specialists Plato Logic, the World Beer market grew by less than 1% in 2014 (provisional). Ian Pressnell, Director of Plato Logic, commented: “The global beer market suffered above all from a sharp slowdown in China, where the market was essentially flat, compounded by a further decline in Russia. However the Brazil market grew and we estimate very low growth for both USA and Germany. These are the world’s 5 biggest beer markets, accounting for over 50% of global beer consumption.”

Plato Logic’s latest projections see a return to growth of around 2% in 2015. “We currently project that China will resume mid-single-digit growth, where each percentage point of growth now has a 0.25% impact on the global top-line figure.” 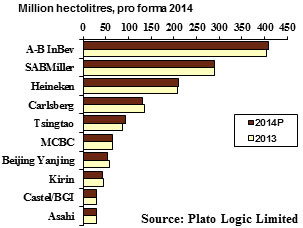 In Europe the Heineken brand is forecast to have regained the number 1 brand ranking from Baltika in 2014. 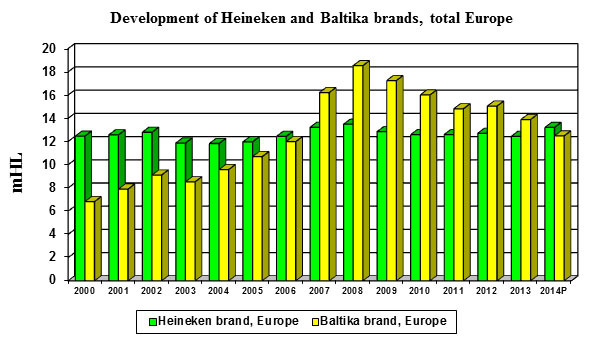